People who visit West Virginia sightsee at Harpers Ferry National Park or the National Radio Astronomy Observatory, but they often don’t take time to experience the daily life of residents. Your addiction probably makes you feel like you are an object of sightseeing as well, a train wreck that people can’t help looking at, but you want desperately to get back to daily living. That is still completely possible. West Virginia free drug and alcohol rehab centers are just the places to give you the full support and treatment that you need to take control of your recovery and of your life. To learn more about the care delivered by the trained, experienced staff in these WV Free Rehabs, call 800-564-3865 (Who Answers?) . Or, click on the cities below and get linked to local treatment options. It’s time your addiction stopped defining you.

The drug abuse situation in West Virginia has been particularly troubling for the last few years. Opioid drugs that do not include heroin (but do include opium and all prescription opiate-based painkillers) accounted for “59 percent” of the “drug treatment admission rates” in the state (ONDCP). These substances are very addictive when abused, and often require long-term treatment for their addiction syndromes. However, treatment is expensive, and many individuals in the state cannot afford it.

The United States Census Bureau states 17.9% of West Virginia residents are living below the poverty line. This is higher than the national average and remains troubling as both the state-wide per capita and median household incomes are lower than the United States average as well. This means that many individuals in West Virginia struggle to make ends meet, let alone to attend expensive treatment facilities for addiction.

Still, the state has many problems with high rates of abuse. “In 2009-2010, West Virginia was one of the top ten states for rates of drug use in several categories, including:” 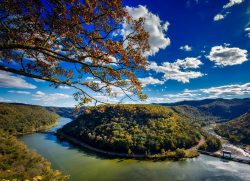 The rate of overdose deaths associated with illicit drug abuse was also higher in the same year than that of the national average. “From 2004-2008 three West Virginia counties ranked in the top ten for rates of drug poisoning deaths in the nation.” All of these issues, including that of deadly overdose can be minimized or even avoided with the help of professional, affordable treatment for drug addicted individuals.

The three counties involved in the high fatality rates include Wyoming, McDowell, and Logan. In each of these, there is a city above (Mullens, Welch, and Logan respectively) that have free treatment centers listed in our directory. Areas such as these require many different types of rehab facilities because patients whose specific needs are met in treatment often have a better recovery. Different needs may include those associated with teenagers, women, individuals with co-occurring disorders, recently incarcerated persons, and financially unstable individuals. Free rehab facilities are especially helpful to the final group.

Addiction takes time to treat as well as professional help. It can be almost impossible to get the same results quitting on your own as you will see from rehab treatment. However, paying for it can make things incredibly difficult on the patient. That is why these facilities exist, in order to help those who would otherwise go without the rehab that could help them change their lives.

Everyone deserves to receive treatment for an issue as debilitating and isolating as addiction, and free facilities make that possible for so many. If you are a West Virginia resident looking for affordable treatment, consider one of the facilities listed below. You will receive all the same care and benefits those individuals who attend more expensive treatment centers need without paying for any of the unnecessary frills.