The highway welcome signs of Georgia read “Welcome to Georgia, State of Adventure,” which sounds great but not every adventure is a good one. For example, the adventure you have been on with your addiction is terrible. It has undermined your job, your health, your mental wellbeing, your relationships, and your perception of yourself. But, you can go on a new, positive adventure by entering GA Free Rehabs. These programs lead you through a variety of methods, including behavioral therapy and support group meetings, that usher you into recovery. To learn more about Georgia free drug and alcohol rehab centers, call us at 800-564-3865 (Who Answers?) or click on a local city below. This adventure will change your life in the best way.

According to the ONDCP, “In 2006, cocaine was the most commonly cited drug among primary drug treatment admissions in Georgia. However, data has not been collected in Georgia since that time.” The drug abuse rates in the state were near average (“approximately 7.32 percent of Georgia residents reported past-month use of illicit drugs” to the national average of 8.82 percent), which illustrates that the condition of the state is still likely in need of rehab facilities that are at once effective and affordable. 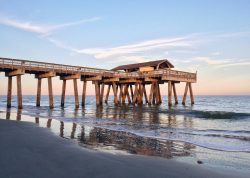 Both the median household income from 2013 and the “per capita money income” from the same year were lower than those averaged among all fifty states (US Census Bureau). Fortunately, this means that many Georgians who need low-cost or even free treatment may be able to receive it as a result of their low income. It is not beneficial for someone who needs addiction treatment to spend what little money they may have on an expensive rehab stay, especially if they have suffered financial issues due to their drug abuse. This free treatment provided by certain rehab centers can help cocaine users and other drug abusers who want to recover avoid the financial issue of an expensive rehab program.

According to the ONDCP, cocaine was the highest in primary treatment admissions at a little over 11,000 while the drugs that followed include:

In this particular time, Georgia did not face as intense of a drug abuse crisis as some other states, but those who need help still exist in the state and should not be forced to leave home for treatment. For this reason, rehab centers are available in cities like Athens, Decatur, Bainbridge, Evans, Fayetteville, and Atlanta. All facilities listed below in these areas provide some type of payment assistance, partially-free, or all-free treatment to those who need it most.

Many people who become addicted to drugs lose their jobs, their homes, and all of their money to their substance abuse. According to the NIDA, “In addition to stopping drug abuse, the goal of treatment is to return people to productive functioning in the family, workplace, and community.” This is especially important for those individuals who are struggling financially and who are, often, on their own. Those who remain in treatment for an adequate length of time are expected to achieve these goals and beyond as well as being less likely to relapse, suffer from a harmful physical or psychological condition caused by drug abuse, or experience a fatal overdose as a result of drug abuse.

With free rehab, patients do not need to worry about whether or not they can continue to afford the treatment they so desperately need. If you have been struggling financially as well as with an addiction, call the facility closest to you today and ask about the treatments they offer as well as their requirements for patients. It could be just what you need to start recovering what you have lost without costing yourself anything else.