Idaho is known as the Gem State, but that doesn’t have anything to do with emeralds or rubies. It is called that because of the abundance of scenic areas and natural resources. You have probably visited some of them. But, lately things in your life haven’t felt nearly as abundant because you are living with an addiction. You might feel like you have to remain addicted because treatment is too expensive but there are Idaho free drug and alcohol rehab centers that provide the same quality of care and the same interventions that you would receive at a more expensive program. To learn more about ID Free Rehabs, call our experts at 800-564-3865 (Who Answers?) ; they can answer all of your questions and give you clear, easy to understand explanations. Or, you can click on a nearby city from the list below and explore your options.

Idaho residents have dealt with a surge in drug abuse rates, especially in a few specific areas such as the non-medical use of pain relievers by both adults and adolescents and general “illicit drug dependence” (ONDCP). While Idaho is ranked in the top ten states for these issues, it also has a high rate of past-month use of illicit drugs, 9.56 percent to the national average of 8.82 percent. Residents of this state most commonly suffer from the abuse of prescription opioids, marijuana, and stimulants. 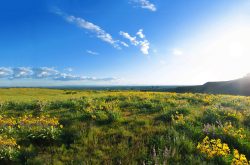 The data from a 2010 graph show “marijuana is the most commonly cited drug, followed by stimulants (including methamphetamine), among primary drug treatment admissions in the state.” While many people are receiving the treatment they need (often from privately owned facilities which can tend to be expensive), what about those individuals who specifically need less costly options because of their incomes?

The state’s average median household income is lower than that of the national average by almost $7,000, according to the US Census Bureau. In addition, many individuals who begin abusing drugs like those listed above become addicted to them to the point where they become apathetic, show signs of depression, and even start to abuse drugs at work (if they do not choose to just stop going). These people often lose their jobs as a result of their drug abuse which means that they will often be unable to pay at all for their addiction treatment.

Free rehab centers in Idaho areas like Garden City, Boise, Twin Falls, and Nampa can be a wonderful resource for those individuals who cannot afford treatment anywhere else. In fact, most of these facilities ask prospective patients to provide proof of low income or other factors in order to ensure that they specifically need free treatment. This keeps facilities like these from having extremely long waiting lists and turning patients who are especially needy away in favor of those who could afford a low-cost or even a full-cost rehab program.

These facilities provide all the same treatment methods as those which cost more but none of the unnecessary amenities. Sometimes, they may provide additional or holistic methods aside from the essential medication and therapy which is why it is important to ask what a facility has available before you attend.

In addition, attending even a regular rehab facility with no payment assistance can even be less costly financially than continuing to abuse drugs. According to the NIDA, “Major savings to the individual and to society also stem from fewer interpersonal conflicts; greater workplace productivity; and fewer drug-related accidents, including overdoses and deaths.”

However, if you cannot pay for regular treatment, free rehab centers can provide you with the same outcome without costing you anything. In most cases, the clinicians and staff will show you steps you can take toward becoming financially stable as well as set up potential jobs for you after the program or other aftercare options. Attending free rehab treatment in Idaho is possible; just search through our directory below and choose a facility that best fits your treatment needs.