If you live in South Dakota, you know about Black Hills gold; it’s the official state jewelry. Jewelers combine gold with other valuable ores, like copper and silver to create colors, and it’s a blend of elements that works. Unfortunately blending addiction with your life has caused nothing but problems because addiction isn’t valuable; it is toxic. You can cut it out of your life and return to the beauty of a healthy, stable life with help from SD Free Rehabs. In a treatment program, you will learn to manage the disease and to overcome triggers and cravings. To learn more about the positive changes you can make in South Dakota free drug and alcohol rehab centers, call 800-564-3865 (Who Answers?) and speak to a professional who has the answers to all of your questions. You can also click on nearby cities in the list below and look at some free rehabs in your area.

According to the ONDCP, “South Dakota has implemented a novel approach to dealing with drunk and drugged driving… [which] reflects commitment to working with chronic DWI defenders into changing their behavior.” Programs like 24/7 Sobriety have helped make a difference in keeping the drug abuse rates low in this particular state. Impressively, South Dakota boasts statistics such as: 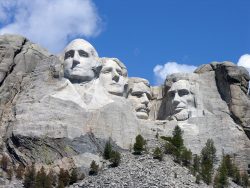 Overall, the drug abuse problem in South Dakota is less severe than it is in many other states. Still, this does not erase the approximately 1,450 treatment admissions for marijuana abuse, followed by the nearly 500 for stimulant misuse, and the almost 250 for the abuse of prescription opioids. The individuals who sought professional rehabilitation services for these reasons still need to receive the treatment necessary in order to make the change they desire in their lives, as that is not easily done without help.

According to the United Stares Census Bureau, both the per capita money income in the past 12 months from 2009 to 2013 and the median household income for the state are lower than the national average. The persons counted as living below the poverty level almost match the average, 14.1% to 15.4% respectively. Though the overall state’s abuse statistics are low, it will be incredibly difficult for those who need addiction treatment to receive it, as they may already have been struggling financially beforehand. Then, with the added strain of drug abuse and the possibility of drug-seeking behavior leading to financial trouble, these individuals often become penniless before long but are still in need of treatment which can be very expensive.

That is why free rehab centers should be available everywhere, even in states without a high rate of drug abuse. And South Dakota does have facilities necessary to help these individuals all over the state, in cities like Hot Springs, Canton, Madison, and Pierre. Sioux Falls alone has ten facilities where patients can receive free or low-cost treatment. This is an incredible opportunity for anyone with a low income or financial problems, as many of these facilities require some kind of proof of these issues before allowing patients to attend treatment.

In free rehab clinics, patients can choose from different treatment methods and plan out a personalized treatment program with their physicians. Both inpatient and outpatient facilities exist, and patients can transition from the former to the latter after becoming more stabilized. Addiction is a disease that requires professional and readily available treatment, and recovering individuals need this kind of help in order to be able to make a positive change in their lives.

If you have been considering attending rehab but have found it to be too expensive in the past, look for the facility that best suits your needs (in location, available treatments, etc.) and call today to start recovering your life back from addiction.