South Carolina has a powerful state motto: “While I Breathe, I Hope.” You may not know much about your state motto, but you know about the importance of hope. But, your addiction has made it very hard to continue hoping. You are experiencing problems with your family, your friends, your job and with your health, and you can’t control the addiction causing the damage. However, some small part of you must still hope for help. It’s available; you just need to reach out to SC Free Rehabs. These formal treatment centers help addicts establish their recovery every day and they want to do the same for you. To learn more about the benefits of South Carolina free drug and alcohol rehab centers, call us at 800-564-3865 (Who Answers?) . You can also click on the name of a local city in the list below and explore your treatment options. Don’t lose hope.

Marijuana and methamphetamine remain two of the most problematic drug control issues in South Carolina today. According to the ONDCP, “The number of meth lab seizure incidents in South Carolina increased 231%, from 26 incidents in 2007 to 86 incidents in 2009.” Then, in 2011, they had risen to 335 (ONDCP). These numbers must not be overlooked, even though there are other issues more closely associated with the abuse of and subsequent addiction to specific drugs on the state level. 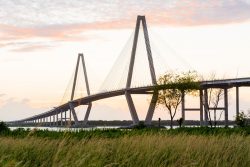 The most primary drug treatment admissions in the state were associated with marijuana. The number of admissions for marijuana were far and away larger than those of any other drug. With almost 6,000 admissions for this substance alone, other opiates (such as Vicodin, Oxycontin, and Dilaudid) rank second with just under 2,000. This is an extremely high number, especially for one state.

Marijuana is considered to be less harmful drug by some because it does not cause deadly overdose. While it does certainly have its harmful effects, “In 2009, the rate of drug-induced deaths in South Carolina exceeded the national average,” which means that marijuana is not the only drug being abused frequently and in alarming numbers. Still, overall “approximately 8.88 percent of South Caroline residents reported past-month use of drugs; the national average was 8.82.”

Residents of South Carolina still need rehabilitation programs, whether they are for the treatment of marijuana dependence, meth addiction, or prescription opioid abuse. Any of these drugs can be dangerous in their own right, and individuals who are already addicted are unable to stop without the help of professional treatment. Unfortunately, this treatment can be expensive.

South Carolina’s state averaged household income for 2009-2013 is $9,000 less than the national average (US Census Bureau). This means that many individuals who may need treatment will not be able to afford it, given their low incomes and financial issues likely caused by drug abuse. This is why, in cities like Hampton, Myrtle Beach, Anderson, and Charleston, there are facilities where anyone can receive treatment for free, especially those who truly need it.

Free rehab clinics are often considered to be less effective than more expensive facilities, but this is untrue. These clinics actually provide all the essential methods proven most effective for treating addiction including:

These facilities even provide referrals for jobs, aftercare programs, and 12-step groups as well as education on proper nutrition, drug abuse effects, and recovery safety. In addition, those individuals who attend treatment instead of quitting on their own almost always have a better chance of sustaining their recoveries and not relapsing back to their drug of choice.

South Carolinians can find effective, free treatment centers in any of the major cities. Find your free rehab center today and start your own recovery!