It is hard to find an area of Washington that isn’t a natural beauty. From the southern beaches to the Olympic peninsula and east to the snowy mountains, one finds an array of gorgeous landscapes no more than a short drive away. These are, however, really hard to appreciate when you are dealing with an addiction. Your life is compromised by the pain you feel, the relationships that have been ravaged, and the toll your substance use is taking on your body and mind. You can fight back against addiction, but you can’t do it alone. Washington free drug and alcohol rehab centers are prepared to help you by providing excellent care delivered by experienced, trained professional in the addiction science field. To learn more about the benefits of WA Free Rehabs, call us at 800-564-3865 (Who Answers?) , or click on the name of a city below to explore treatment options.

When consulting the United States Census Bureau, Washington residents have considerable advantages in the state’s lower poverty rates and higher per capita income than those of the national averages. Most individuals in the state can afford more expensive rehab if necessary. However, 13.4% of Washington residents are still living below the poverty line. Those individuals especially are in need of free rehab care.

According to the ONDCP, “In 2009-2010, Washington was one of the top ten states for rates of drug use in several categories, including:” 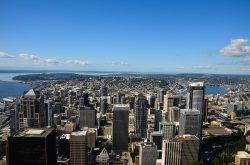 Those living in Washington are in need of affordable treatment as “10.82 percent of Washington residents reported past-month use of illicit drugs” which was higher than the national average. Substance abuse is at considerably high rates in this state which, in the long-term, can lead to addiction, dangerous behavior, and financial ruin. Though a person may enjoy a high income before abusing drugs, they could possibly lose their job as a result of the inability to stop taking these substances. This is why free rehab is such a necessity in every state.

Marijuana is by far the substance most primary drug abuse treatment episodes are for. However, stimulants, heroin, and other opiates all have a record of treatment episodes in 2010 that each total over 2,500. Any of these drugs can cause a person to become apathetic, depressed, and obsessed with its abuse, to the detriment of their professional lives often causing them to lose their jobs. Therefore, the option of free rehab exists even in states like Washington with higher overall incomes.

“In 2009, the rate of drug-induced deaths was higher than the national average.” Rehab treatment can help avoid fatal overdoses often caused by long-term drug abuse, as patients are able to learn new ways to fight their cravings and to recognize and avoid their triggers. This makes individuals more aware of their needs which helps to facilitate better actions during recovery.

More expensive rehab facilities teach the same lessons about triggers and cravings that free facilities do, utilizing both medication and therapy to help patients change their behaviors. According to the NIDA, “Because they work on different aspects of addiction, combinations of behavioral therapies and medications (when available) generally appear to be more effective than either approach used alone.”

Especially in big cities like Seattle, Bellevue, and Auburn, residents can receive the kind of treatment they need even when they cannot pay the high prices that other individuals can. The facilities listed above are specifically catered to individuals who need free or low-cost treatment, so search for one close to you and call today to ask any questions you may have. Remember, everyone deserves to be treated for addiction and to have a strong foundation for their long-term recovery.