Mississippi isn’t just the “Birthplace of America’s Music,” it is also the birthplace of your addiction. It’s where you were pulled into a cycle of drug and/or alcohol seeking and using. It’s where substance abuse put your job and your family at risk. But, it can also be where the cycle ends. Mississippi free drug and alcohol rehab centers are staffed by trained, experienced addiction professionals who hold the keys to your recovery. You simply need to place your trust in them. To learn more about what is offered in MS Free Rehabs, click on your city in the list below, or go directly to a specialist by calling 800-564-3865 (Who Answers?) . You can get all of your questions answered and be directed to a rehab program in Mississippi that will work for you.

According to the Mississippi State Department of Health, “In 2012, 90 percent of overdose deaths in Mississippi were caused by prescription drugs, and most were accidental.” However, the abuse of prescription medications, especially opioids, has been a steadily rising issue for this state. According to the ONDCP, “In 2009-2010, Mississippi was one of the top ten states for rates of past-year non-medical use of pain relievers among young adults age 12-17.” 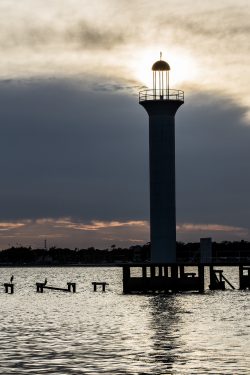 Unfortunately, there does not seem to have been much of a rise in treatment admissions concerning drugs like these, which may mean there are many residents who become addicted, need treatment, and do not receive it. As of 2010, “Marijuana [was] the most commonly cited drug among primary drug treatment admissions in Mississippi.”

Any of the commonly abused substances in Mississippi, including cocaine/crack which ranked second among treatment admissions in the state that same year, can cause addiction syndromes. This is especially true for younger individuals who begin using drugs in their teens and people who abuse them every day.

“Approximately 6.95 percent of Mississippi residents reported past-month use of illicit drugs; the national average was 8.82 percent.” Those who abuse drugs chronically should understand the repercussions of such behavior as well as the ways in which they can receive help. Rehabilitation in a substance abuse treatment center is still the best way to safely and effectively be treated for drug addiction. However, it can also be extremely expensive to attend rehab.

According to the United States Census Bureau, the state’s median household income falls far below that of the national average, at $39,031 and $53,046 respectively. The numbers concerning the per capita money income in the past 12 months are similar. Mississippi also has the highest poverty rate in the country (22.7%) behind only the District of Columbia. In addition, becoming addicted to a substance such as crack, heroin, or even prescription opioids can severely impact an individual’s financial situation. For these reasons, attending treatment at a rehab center can often be too expensive for those who really need it. This may be one reason why many people who require treatment go without it instead.

For these individuals who need treatment but cannot afford to pay the often high prices, free rehab centers exist all across the state in cities such as  Meridian and Oxford. These clinics provide all the necessary treatments including medication (when applicable), therapy (both individual and group), and the usual drug and blood tests that can help reveal any other medical issues a patient may have. According to the NIDA, “Treatment programs should test patients for the presence of HIV/AIDS, hepatitis B and C, tuberculosis, and other infectious diseases as well as provide targeted risk-reduction counseling.”

In most cases, these centers also provide patients with legal, financial, and employment help as well as aftercare programs into which they may move when treatment ends, all for either a very low cost or no cost at all. If you are a Mississippi resident who has needed treatment for a long time and not received it, consider attending a free rehab center today in Gulfport, Jackson, Columbus, Tupelo, or any of the cities listed above.