People come from far and wide to view the natural wonder of the Grand Canyon. Do you ever feel like you are in a canyon of your own and other people are tourists, watching you at a low point? When addiction comes into your life, you begin digging deeper and deeper into yourself, creating a big hole. Arizona free drug and alcohol rehab centers can help you fill that void with something other than substance abuse. These programs give you the guidance and support you need to succeed in recovery. To learn more about AZ Free Rehabs, click on your city in the list below or go right to the source and call us at 800-564-3865 (Who Answers?) . It’s time that the natural wonder in your life is your recovery. 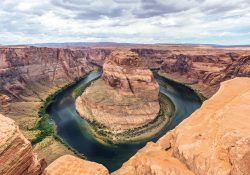 According to the ONDCP, “Stimulants (including methamphetamine) and marijuana” are some of the most commonly abused drugs in the state. Most states have a somewhat prevalent marijuana abuse issue, but stimulants can be extremely problematic. With these substances such as methamphetamine, cocaine, and prescription stimulant drugs, addiction can come on much faster than with marijuana and cause more issues for users, including the possibility of fatal overdose and psychosis.

The data for “substance abuse primary treatment admissions in Arizona from 1998 to 2010” clearly show the abuse of stimulants, marijuana, heroin, and prescription opioids are all rising problems in the state and that more individuals are seeking treatment for their abuse of them. The only drug which actually declined in its treatment admissions toward the end of this time frame was cocaine/crack. Still, Arizona’s state-wide needs for accessible treatment are high.

The average income for the state rests below that of the national average by about $3,000, according to the US Census Bureau. This is part of the reason many individuals who should seek out treatment do not; attending a rehab center can be expensive, especially one which provides 24-hour care and a controlled environment. In many cases, this kind of treatment is necessary, and those who abuse stimulants, heroin, and other opioids may require this level of supervision. Otherwise, they may turn to less-expensive treatment type (like an outpatient-based facility) and not receive the help they need, causing them to relapse.

Fortunately, free rehab centers exist in the state, especially in highly populated areas like Phoenix, Chandler, and Glendale. Patients can find facilities which will often provide the many essential treatment methods and requirements for patients like

In addition, many individuals who need the kind of controlled, supervised treatment that inpatient centers provide are able to find it with free care. According to SAMHSA, “Facilities offering ‘all free care (51.6 percent) were more likely than those in the ‘partial free’ (30.5 percent) or ‘no free’ (20.6 percent) groups to offer nonhospital residential care.” In this case, patients are able to recover without the distraction of their daily lives and triggers, and they can receive treatment for often debilitating psychological conditions caused or affected by drug abuse (such as stimulant-induced psychosis, depression, PTSD, schizophrenia, etc.).

If you are an Arizona resident looking for an affordable or free way to attend rehab because of a low income or drug-related financial issues, search for the closest facility to you and call now. This could be the first step toward changing your life, building a strong recovery, and eventually ending your drug abuse for good.