Colorado is known for its excellent ski slopes, which is hardly surprising given the fact that it used to be known as the “Rocky Mountain State.” But, you are probably more concerned with sliding ever and ever farther down the slope of your addiction than you are with skiing. If you have reached the point of addiction, you no longer have control over what you are doing and it can really feel like barreling down a steep mountain. Colorado Free Rehabs can slow your momentum and guide you onto a stable, healthy path. For the first time in a long time, you will feel like you have control. If you are ready to make that happen or if you need to learn more before you feel ready for CO free drug and alcohol rehab centers, call us at 800-564-3865 (Who Answers?) or click a nearby city on the list below.

According to the Colorado Governor’s Office, a substance abuse issue has risen in the state over the past several years, specifically one concerned with illicit prescription medication use. “Colorado ranks second worst among states for prescription drug misuse: more than 255,000 Coloradans misuse prescription drugs, and consequent deaths related to misuse nearly quadrupled between 2000 and 2011.” While marijuana is still the most “commonly cited” drug among treatment admissions for the states, according to the ONDCP, “approximately 12 percent” of residents reported use of illicit drugs in the past month while the national average remained at 8 percent. 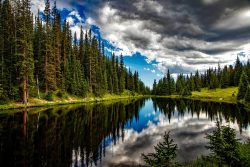 There is a weighty issue among Coloradans when it comes to drug abuse and addiction. Stimulants are ranked second in treatment admissions, with cocaine and heroin ranking third and fourth respectively. Unfortunately, at the time the data was collected, just shy for 2,000 admissions were counted for prescription opioids in 2010, which means not enough people in this state are not receiving the kind of treatment they need for their illicit drug abuse.

If you are a Colorado resident and have been abusing drugs for a long time, you may have considered seeking rehab and found it to be too expensive. While this type of treatment can be very costly (especially for someone who has been abusing drugs and likely lost a great deal of their finances to them), it is also necessary for those who are already addicted in order for them to learn techniques to

and receive medication which can

Boulder, Canon City, Castle Rock, and Akron all have free rehab centers where you can find the kind of treatment you need without paying the extreme prices often expected at a privately owned facility. These free centers provide all the same essential treatments for either no cost or a fraction of the price, opening up the potential of recovery to all those who did not think it would be possible.

Call one of the facilities listed today and ask about the treatments they offer. Attending a free rehab clinic could provide you with everything you need to make the recovery you have been hoping to achieve all along.