As a Pennsylvanian, you know Independence Hall was the setting for the signing of the Declaration of Independence, and the concept of life, liberty, and the pursuit of happiness is still a central part of the American identity. Your addiction has slowly started compromising all three for you. When you are an addict, you aren’t free, you aren’t able to pursue what makes you happy, and you could actually lose your life because of the influence of substance abuse. However, you can escape the negative influence of addiction, and PA Free Rehabs can help. Through treatment methods like medication, therapy, and support groups, you will learn to manage your addiction. To learn more about the role Pennsylvania free drug and alcohol rehab centers can play in your recovery, call 800-564-3865 (Who Answers?) , or click on the name of your city in the list below and explore local treatment options.

According to the ONDCP, “Approximately 7.99 percent of Pennsylvania residents reported past-month use of illicit drugs; the national average was 8.82 percent.” While this is not as high as some other states, the statistics concerning Pennsylvanians’ drug abuse habits are still problematic. First, “in 2009, the rate of drug-induced deaths in Pennsylvania was higher than the national average.” The deaths caused by this issue totaled 1,983, and the number was higher than both the deaths caused by motor vehicle accidents (1,378) and firearms (1,349). 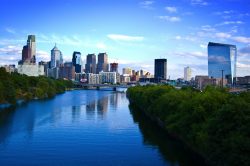 Furthermore, “heroin is the most commonly cited drug among primary drug treatment admissions in Pennsylvania. In 2010, almost one-third of drug treatment admissions in Pennsylvania were for heroin.” This is unusual as many other states have higher rates for marijuana or stimulants (which include both ADHD medications like Adderall and methamphetamine). Pennsylvania’s third highest number of treatment admissions (behind marijuana) come from other opioids not including heroin. These are often prescription drugs like Duragesic (fentanyl), Duramorph (morphine), OxyContin (oxycodone), and Vicodin (hydrocodone). In fact, admissions for these substances have continued to rise from 2001 where they only amounted to about 5 percent of all admissions to 2010 where they have risen to almost 20 percent.

The types of drugs most commonly abused in Pennsylvania, as well as the high death rate, calls for available and effective rehab centers across the state. Unfortunately, treatment like this can often be expensive, and finding less costly rehab can be difficult. 13.3 percent of Pennsylvania residents live below the poverty level, according to the United States Census Bureau, and truly, these are often the individuals who need treatment the most. Addiction can often lead users into debt as well as other dire financial and professional situations like job loss.

The free rehab centers listed below are meant to help treat those individuals who would not be able to afford more expensive facilities. All across the state, in cities like Harrisburg, Hershey, Bradford, and Du Bois, residents can find effective treatment where they will not be forced to pay high prices for amenities they do not need. In many cases, more expensive facilities provide hotel-like accommodations and holistic treatments like acupuncture which, while nice, are not necessary for addiction recovery. At a free clinic, you will receive all the most essential treatments while not being forced to pay for any others.

As stated by the NIDA, “A patient may require varying combinations of services and treatment components during the course of treatment and recovery.” This necessity is understood by clinicians at free rehab centers, and patients are able to receive a personalized treatment program that changes with their needs. In addition, patients do not need to worry about leaving the facility early as a result of inadequate funds. Free treatment is just as effective as that which patients receive in more expensive facilities, except they do not need to be concerned with payment.

If you are a Pennsylvania resident and considering attending a free rehab center for your addiction treatment, choose between the facilities above to find the one most beneficial to you and begin to take positive steps toward changing your life.