The state motto of North Dakota is “Liberty and union now and forever, one and inseparable.” It a testament to the strength, independence, and freedom of the state, as well as the strength it gets from being aligned with other states. When you have a drug addiction, you lose your strength, independence, and freedom. All of your time is spent thinking about using, seeking out things to use, and using. It’s a terrible cycle. It’s also one that you have the power to break with some help from North Dakota Free Rehabs. While providing constant support, these programs approach your addiction holistically, healing your mind, body, and spirit. If you have questions about ND free drug and alcohol rehab centers, please call us at 800-564-3865 (Who Answers?) to speak with an addiction specialist. Or, click on the name of a city in the list below and explore options in your area.

For North Dakota residents, the issue of drug abuse is not as high-profile as it is in other states. This is because the statistics regarding abuse in North Dakota are much lower than that of most other states. According to the ONDCP, “An estimated 5.30 percent of North Dakota residents were past-month users of illicit drugs; the national average was 8.82 percent.” The number has actually dwindled since 2007-2008 when it was closer to 6 percent (ONDCP). In most other states, it hovers around the national average and, often, is significantly higher. 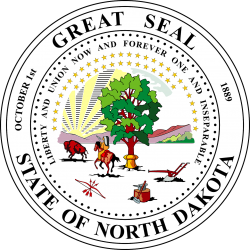 In addition, “drug-induced deaths in North Dakota are less than half the national rate.” Still, there are individuals who require drug addiction treatment. “In 2011, two-thirds of North Dakota drug treatment admissions were for marijuana.” The number of primary drug admissions for marijuana abuse in 2010 only totaled about 500 while those for prescription opiates and stimulants including methamphetamine were a little over 100 each. This paints a rather impressive picture of drug control and diminished drug abuse in the state.

However, there will always be individuals who abuse and become addicted to drugs. And those people need to be able to find addiction treatment in whatever capacity is most effective, be that inpatient, outpatient, or free rehab. In the state of North Dakota, free rehab facilities still exist for those individuals who need them.

The percentage of residents living below the poverty level is considerably low in the state, and the median income is similar to that of the national average (United States Census Bureau). Because of this, it may seem that free rehab is unnecessary for individuals who must attend treatment and that they would be able to pay the costs of more expensive, private facilities.

Unfortunately, the money that drug abusers do have often dwindles quickly as they are likely to misuse it. According to a study from the NCBI, money that is meant for important things “may be spent for drug use.” In addition, many individuals who abuse drugs wind up losing their jobs as a result of apathy, abusing substances while working, not showing up when scheduled, and other consequences.

For these reasons, free rehab facilities exist across the state of North Dakota for the residents who do need them. At centers located in Trenton, Bismark, Fargo, and Grand Forks, patients may begin a personalized treatment program that is specially catered to their needs. They can also receive medication if it is applicable to their specific addiction syndromes as well as behavioral therapy which helps change the course of their addictions by teaching them better ways to manage cravings, triggers, and stress. Patients can also discover if a mental disorder like depression, bipolar disorder, or generalized anxiety disorder may be helping to cause their addictions and receive treatment for both issues.

If you are a North Dakota resident who has been struggling with addiction, remember that these facilities exist and that you can find treatment for free. Find the most convenient center listed above and call today to find out more.