Delaware used to be known as the Diamond State because Thomas Jefferson declared it small in size, but big in value. You may not feel it right now, but you are also like a diamond. Your addiction has simply robbed you of your ability to access that value and put it to use. DE Free Rehabs will help you to return to productive functioning in your family, your community, your job, and your social circle. You will shine bright. It’s time for you to learn more about Delaware free drug and alcohol rehab centers by calling 800-564-3865 (Who Answers?) or clicking on a nearby city from the list below. Won’t it be nice to feel valuable again?

According to Delaware’s official website, there was a “400% increase in substance abuse treatment admissions for people abusing prescription drugs” in the year 2010. This is corroborated with the ODNCP‘s official report from the same year which states, “The data show that ‘other opiates,’ primarily prescription drugs, are the most commonly cited drugs among primary drug treatment admissions in the state, followed closely by marijuana and heroin.” The state’s rate of past-month illicit drug abuse hovered near the national average as well, illustrating that Delaware has substance abuse and addiction issues which only treatment can help fix. 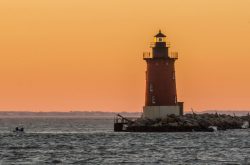 The past month abuse for the age group of 18 to 25 was particularly high in Delaware, making it one of the top ten states in the ranking for this issue (ONDCP). It is also among the top ten for “past-year cocaine use among persons age 12 or older” and “past-month use of illicit drugs other than marijuana among young adults age 18-25.”

This is especially troubling as marijuana, a drug that is not known for a extremely swift addiction syndrome, will often become an addiction specifically when its abuse is started at a young age. According to the NLM, “Some people get addicted to marijuana after using it for a while. It is more likely to happen if they use marijuana every day, or started using it when they were teenagers.”

The illicit use of illegal or prescription-based drugs, over a long enough period of time, can become addictive which is why Delaware residents must be able to receive treatment. However, addiction rehab can be expensive, and many of its amenities can be unnecessary. For example, a person who has been abusing heroin or cocaine (third and fourth ranked among primary treatment admissions, respectively) is usually not going to be able to afford a facility that provides hotel-like accommodations, acupuncture, a full-sized pool, and gourmet meals. Luckily, these options are not necessary when it comes to addiction treatment and recovery but are merely extra benefits; for those who cannot afford these luxuries, there are free and low-cost facilities all across the state.

In cities like Georgetown, Dover, Seaford, and Newark, you can find treatment centers where you can get the help you need without paying for the luxuries you don’t. Every one of these facilities provides the essentials including behavioral and pharmacological treatment as well as a caring staff of licensed clinicians, the necessary tests needed to recognize and avoid possible complications of drug abuse, help for those transitioning into an aftercare program, and an individualized treatment program that is built for each patient.

Addiction rehab can change your life in so many ways, and many people avoid it because of the cost. It is important to know that this issue should not keep you from receiving the treatment you deserve in a way that is accessible and affordable. According to the NIDA, “No single treatment is appropriate for everyone,” which is why there are many options which can help you find the best Delawarean free rehab center for your unique needs.