New Hampshire has a classic motto that ends up everywhere: “Live free or die.” Right now, you aren’t living free, but you might be moving closer and closer to death. Addiction takes a terrible toll on both your mental and physical health and can end your life. For this and many other reasons, you need to take advantage of the treatment that is available to you. New Hampshire free drug and alcohol rehab centers are located throughout the state and they offer the caring support of addiction specialists who know exactly the treatment your situation requires. You can be free once more. Free of addiction. Free to control your own life. If you have questions or would like more information about NH Free Rehabs, call 800-564-3865 (Who Answers?) or click the name of a nearby city from the list below.

While in most states marijuana is the most abused illicit drug, “New Hampshire residents surveyed perceived low risk from smoking marijuana once a month” in all age groups. Instead, “opiates are the most commonly cited drugs among primary drug treatment admissions” in the state. This includes prescription opioid drugs such as 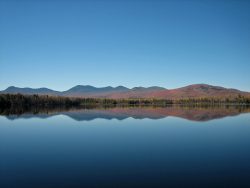 as well as opium. According to data collected on all primary treatment admissions for drug abuse, heroin was second behind other types of opioids (at nearly 700 and nearly 900, respectively). Marijuana, at just under 600, is ranked third. This data illustrates a real problem in the state of New Hampshire concerning illicit drug abuse and the misuse of dangerous substances which can very quickly cause addiction and its consequences. For this kind of abuse, professional treatment at a rehab center is often necessary.

The United States Census Bureau states that, in New Hampshire, only 8.7 percent of residents live below the poverty line, compared to the 15.4 percent of the national average. The average income of New Hampshire residents is also higher than that of most states (as well as the national average). This means many individuals who need addiction treatment in the state will likely be able to afford it. However, there are still those who are struggling financially and cannot pay the high costs of private treatment. For those individuals, there are free rehab centers all across the state.

In cities like Concord, Derry, Woodsville, and Hampstead, residents can attend a rehab program that either costs very little or nothing at all. This is necessary for certain individuals who would not be able to receive treatment otherwise, and those who do attend professional treatment programs often have a stronger recovery and are less likely to relapse.

These facilities have all the same pharmacological and behavioral treatments that private centers do, and many free rehab clinics even provide inpatient care to those individuals who especially need a controlled environment in which to stay. Recovering from addiction can be extremely difficult as well as very expensive, and these facilities remedy the second issue by ensuring that everyone, even those who cannot afford to pay, can still receive effective treatment from caring clinicians.

If you are a New Hampshire resident and have been unable to attend addiction treatment as a result of financial issues, consider choosing one of the facilities below and calling today to find out more about their policies. Then you can start your recovery in the best way possible with free rehab.