Your license plate probably proclaims New Mexico the “Land of Enchantment” because it is such a beautiful place to live. However, your life doesn’t feel all that enchanted because you are struggling with substance abuse and addiction. Fortunately, you can bring enchantment back into your life by getting the treatment you need and deserve in New Mexico free drug and alcohol rehab centers. These programs offer high-quality, comprehensive care to state residents. You will begin your recovery and leave prepared to manage your addiction and continue to abstain. If you want to learn more or have questions you would like answered, please call 800-564-3865 (Who Answers?) and speak to an expert who can explain everything clearly. Or, click on your city in the list below and explore potential NM Free Rehabs.

According to the ONDCP, “Approximately 10.07 percent of New Mexico residents reported past-month use of illicit drugs; the national average was 8.82.” Unlike many states where marijuana is the most commonly cited drug among primary drug treatment admissions, stimulants including methamphetamine accounted for just under 20 percent of all admissions while marijuana admissions were only around 16 percent.

In addition to these facts, “in 2009-2010, New Mexico was one of the top ten states for rates of drug use in several categories, including:” 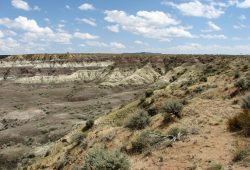 These high abuse rates also took their toll on the lives of New Mexican citizens. “In 2009, the drug-induced death rate in New Mexico was significantly higher than the national average. For the 2004-2008 time period, Rio Arriba County in New Mexico had the 3rd highest rate of drug poisoning deaths in the country, at 57.4 deaths per 100,000 population.” More individuals died in the state in 2009 as a result of drug use than those who died from motor vehicle accidents or firearms.

The drug abuse problem in New Mexico is troubling, as is the percentage of individuals living below the poverty level. According to the United States Census Bureau, 20.4 percent of residents are considered below this line while the national average is only 15.4 percent. Furthermore, the average income of New Mexicans is lower than that of the national average. These statistics call for both effective and affordable addiction treatment statewide for individuals who need it.

At free rehab centers, patients can receive medication and therapy in order to help them stop abusing drugs and start living their lives again. Especially in the case of stimulant abuse, of which the state has a high numbers, patients need to be able to receive quality care, often in an inpatient environment. These drugs can cause psychosis, and patients who exhibit it will need medical as well as therapeutic care for both their addictions and the other effects on their mental states.

Those who attend some sort of rehab program instead of attempting to quit on their own often have stronger recoveries and better success with avoiding relapse. According to the NIDA, “Like other chronic diseases, addiction can be managed successfully. Treatment enables people to counteract addiction’s powerful disruptive effects on the brain and behavior and to regain control of their lives.” Every individual who struggles with drug addiction and abuse should have the opportunity and the ability to receive this kind of treatment, even if they cannot afford to pay for it. This is where free rehab centers come in.

In the city of Española alone (which is in Rio Arriba County), there are four free rehab centers which are listed above with their telephone numbers and addresses for anyone in need of low-cost treatment. Larger cities like Albuquerque, Rio Rancho, Santa Fe, and Hobbs also have several centers each which are all listed above. Choose the location closest to you and call their number to find out more.