State highway signs throughout Nebraska declare “Nebraska…the good life.” But, you aren’t living a very good life anymore, are you? Your addiction has grown to control your life and it is undermining everything good in it. This is hard for everyone who struggles with substance abuse; you aren’t alone. You aren’t alone in wanting to change either, and there are trained, experienced people waiting to help you change for the better. Nebraska Free Rehabs are available all over the state and they can help you establish recovery from addiction. If you have questions or want additional information about NE free drug and alcohol rehab centers, call us at 800-564-3865 (Who Answers?) . To explore options in your region, click on the nearest city in the list below. 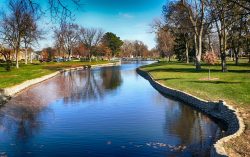 In most states, the number of drug treatment admissions usually favors marijuana. This means, even though “approximately 7.01 percent of Nebraska residents reported past-month use of illicit drugs” with the national average at 8.82 percent, the state’s stimulant abuse problem is particularly troubling. Stimulants can include illegal drugs like cocaine and methamphetamine as well as prescription ADHD medications like Concerta, Ritalin, and Adderall. According to the NIDA for Teens, “Abusing stimulants can lead to addiction” which can also include withdrawal symptoms when the individual is unable to take the drug, extreme side effects, financial issues, job loss, and even death when the substance is taken in high doses.

Prescription-based opioids are also a growing problem in the state, as treatment admissions concerning these substances have risen from 5 percent of all admissions in 2004 to 15 percent in 2011. These drugs can be very dangerous as well when abused, also leading to many of the same issues. Fortunately, when an individual realizes they have become addicted to a substance like the ones listed above, they can attend rehab in order to start their recovery with the help they need.

These facilities can often be expensive, however, as many of them are privately owned and provide hotel-like accommodations. The United States Census Bureau calculates the median household income of Nebraska as well as the per capita money income in the past 12 months to be around $2,000 less than the national average. This type of income deficit can make it difficult for many individuals to attend expensive rehab clinics, but there are places where people who otherwise would not be able to afford treatment can do so.

Free and low-cost rehab centers exist all across the state of Nebraska, in big cities like Omaha, Lincoln, and Bellevue, as well as in smaller ones like South Sioux City and McCook. All the facilities listed below provide financial assistance so that patients will not have to pay the high prices of private facilities and can still receive the medication, behavioral therapy, medical care, and transitional help that is necessary in the treatment of addiction.

If you have been considering attending rehab for a long time but felt that you would not be able to afford it, choose the closest facility to you and call to ask about their policies. Patients who attend some kind of addiction treatment often have stronger recoveries as well as a better overall understanding of their addictions and how to fight their cravings even after treatment has ended.

According to the NIDA, “Effective treatment attends to multiple needs of the individual, not just his or her drug abuse.” At a free rehab center, the staff will attend to your most important needs while the less costly treatment will help you recover without incurring any additional debts.